The Humpback Whales season in Australia

The Humpback Whales are iconic animals in our country and if you feel lucky to be able to witness their spectacular migration to the northern warm waters of Australia, you are far from being alone.

We love these beautiful giants that visit us every year on Fraser Island and give us unforgettable moments every time they wave to us from the ocean. The Humpback Whales are part of the wide and unique fauna and wildlife of K’gari (Fraser Island).

Continue reading to find out everything you need to know about them, from the best places to spot Humpback Whales on the East Coast, the migration season and amazing facts. 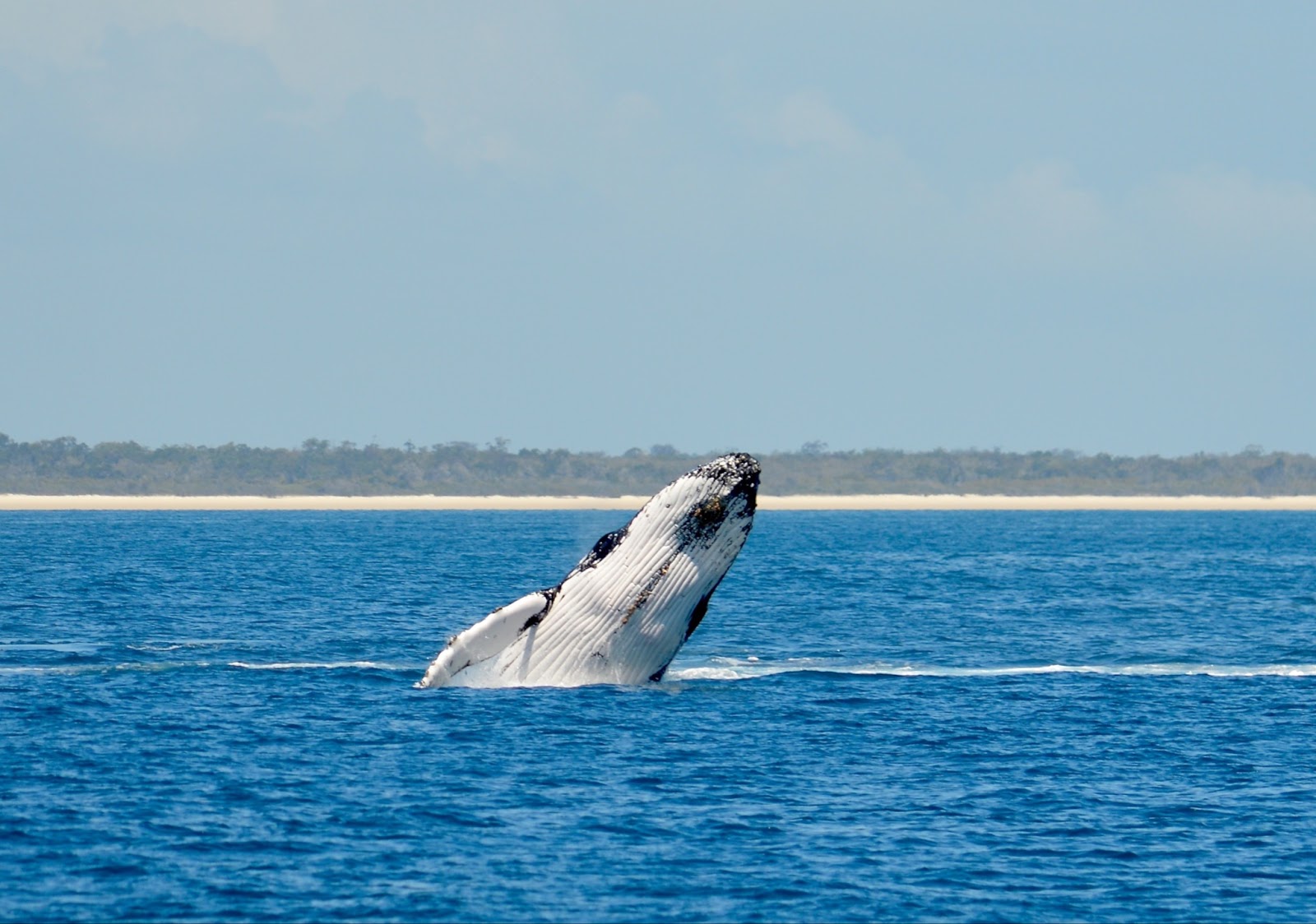 Their migration from the Antarctic to the North of Australia attracts thousands of visitors every year, locals and international tourists. Get ready to experience the biggest mammal migration on the planet and some special encounters!

The annual migration of the Humpback Whales in Australia starts around April and finishes in November. It’s not possible to give an exact timing as it depends also on the water temperature, sea ice and predation rise, among other factors.

The Humpback Whales start to migrate from the Antarctic after feeding all summer. They swim up to the North of Australia in search of warmer waters to mate and give birth. So, to sum up, from May to August it is possible to watch Humpback Whales during their 5,000 km journey to the North of the country. And from August to November, during their return to the Antarctic.

All right, we know what you are probably thinking now… Where should I be if I want to have the most magical experience with whales?

Well, during the season, don’t be surprised if you spot whales during your casual morning walk along the shore or from specific lookouts on the East Coast. However, there are outstanding locations where close encounters are more than possible because Humpback Whales stop to rest and play, mate and give birth. As true whale lovers, we can guarantee that Hervey Bay and Fraser Island are probably the best ones!

Hervey Bay and Fraser Island are the best places to watch whales in Australia, if not the world. The Humpback Whales make a well-deserved stop in the tranquil waters  of Hervey Bay before continuing with their journey to the North.

The whales have been coming to Hervey Bay for thousands of years, drawn by the calm conditions and as a safe place for younger whales and pregnant females to rest before continuing their journey. Individuals will often stay for long periods of time also, meaning the same whales can be spotted time and again, so if you hang out for a few days your chances of getting to know individual whales are pretty high.

From water aerial displays to fin-slaps, whales give spectacular shows in the calm and sheltered waters between Hervey Bay and Fraser Island. The region’s dedication to research, education and protection of this phenomenon that happens every year, makes it one of the most attractive places for whale watching from July to November.

If you book an amazing Fraser Island tour with us you’ll get 10% off with the most unique whale watching tours in Hervey Bay: Blue Dolphin, Hervey Bay Dive Centre and Tasman Venture.

Other amazing places in Australia to spot Humpback Whales

The Humpback Whale season in Cairns is at its peak from July to September, when whales arrive at the warm ocean of the tropic to breed. The whales find the waters around Cairns and the Great Barrier Reef calm and friendly enough to mate and give birth.

The whale season in Cairns is concurrent to the best weather conditions to sail, snorkel, dive and explore the Great Barrier Reef, as winter brings the dry season to the North of Queensland and therefore also the calmest waters and great visibility. Although not all the touristic operators in Cairns are certified as whale watching tours, you have very high chances of spotting these beautiful mammals during your snorkelling or diving tour.

Between mid-June to early November is the best moment to enjoy and watch the massive migration. The iconic Cape Byron Lighthouse located in the Cape Byron Conservation Area and Captain Cook Lookout are great spots with panoramic views of the magnificent ocean of New South Wales East Coast.

Other promising points outside Byron Bay are the viewing platforms at Angel’s Beach and Flat Rock as well as Skennars Head, Flat Rock, Rocky Point, Boulders Beach and the Pat Morton Lookout.

Now that you’ve read everything you need to know about the Humpback Migration in Australia´s East Coast, grab your binoculars, call your buddy and start planning how to appreciate one of the most spectacular natural phenomenons that occur every year right here in Australia.